Please, ask here questions for the authors/editors, and/or suggest issues to be specifically discussed in new posts
Posted by Phronesis Editore at 2:29 AM 33 comments:

Please, inform us of reviews, comments, and links about this book

Posted by Phronesis Editore at 2:28 AM No comments:

Virtue's End. God in the Moral Philosophy of Aristotle and Aquinas

The story of Aristotelianism’s revival in recent academic moral philosophy is well known. By the middle of the twentieth century, ethical theory was dominated by versions of utilitarianism and Kantianism. Attention was paid to consequences, rules, intentions, obligations, rights, but the concerns central to an Aristotelian approach –virtue, happiness, contemplation, the summum bonum – remained little more thanhistorical curiosities. Then, thanks to a number of perceptive authors influenced by Aristotle and Aquinas, the Aristotelian tradition regained, if not its former authoritative status, at least full respect as a viable alternative moral philosophy.

But a funny thing happened on the way back to Aristotle. As the now common “virtue ethics” heading implies, focus has been on the concept of habits of perfection, with comparatively little attention paid to the metaphysical framework in which Aristotle himself described them. Especially missing has been the notion that virtue orients the moral agent to God. Elizabeth Anscombe, to whom the contemporary Aristotelian revival is usually traced, actually presented virtue as an alternative to more intrinsically theological concepts: moral law implies a lawgiver, but virtue, Anscombe implied, does not. Alasdair MacIntyre’s After Virtue, a landmark text in the virtue theory revival, drew on every intellectual resource available – political and social theory, literary criticism, history and psychology, even postmodern attention to narrative – except traditional metaphysics and theology.

Neglect of the role of the divine in Aristotelian moral philosophy can be understoodas a part of an understandable concession to the contemporary rhetorical situation, but it cannot long be ignored that from an Aristotelian perspective, moral reflection had an inevitably theological orientation. For Aristotle and Aquinas, God was both object and model of contemplation, the highest form of life; God is the author or designer of the human natures that virtue perfects; Aristotle even asks, as serious questions, whether happiness comes from God, and whether it is possible to be friends with God.

The role of these questions in Aristotle, in the moral thought of Aquinas, and their continuing relevance to contemporary moral and political thought, are the concerns of these volumes.

Virtue’s End collects nine substantial essays on the nature and relationship of theological commitment to moral theory, practical reason, and the metaphysical framework of Aristotelian ethics. Among the questions explored: What does it mean to know the good? What is the source of moral law? What role does God, or the notion of God, play in practical reasoning and human action? What is the relationship between Aquinas’s ethics and Aristotle’s? How is friendship with God possible? The contributors include: Kevin Flannery, Christopher Kaczor, Antonio Donato, Anthony J. Lisska, Fulvio di Blasi, Giacomo Samek Lodovici, Robert A. Gahl, Marie I. George, Daniel McInerny. 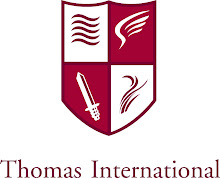 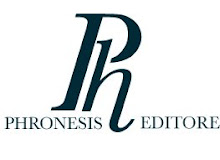